“When I’m 80 years old, I’ll be reading Harry Potter. And my family will say to me, “After all this time?” And I will say, “Always”. (Alan Rickman)

British actor Alan Rickman sadly passed away on 14 January 2016. My first introduction to him was through “Robin Hood: Prince of Thieves” (1991), which I watched at a young age on a VHS. Rickman was the perfect villain there, impersonating Sheriff George of Nottingham with such passion, zeal and enthusiasm, he becomes a truly feared man there, and I do not think that impersonation would ever leave me, so powerful it was. Then, of course, we also have Rickman’s “great villains” in “Die Hard” (1988) and “Quigley Down Under” (1990). I have always admired people playing villains. Unlike action-heroes or “goodies”, villains in films are people whom no one likes, but they are very important because without them, there will not be any praises for glorious heroes. It also takes real acting skill to play a villain, and Alan Rickman could do so not just superbly and convincingly, but with that originality in his presentation that would be simply enviable.

I have already commented elsewhere how perfect the cast was in the first two Harry Potter films, but Alan Rickman as Severus Snape was just the perfection of perfection – rich unforgettable silky-smooth voice, total calmness and control, and that outstanding sense of presence, if I can put it that way.

Also, apart from his notorious villains, Rickman was great as a supporting cast in such films as “Sense and Sensibility” (1995), “Dogma” (1999), “Love Actually” (2003), “Sweeney Todd” (2007), “The Butler” (2013), to name a few. Moreover, Alan Rickman’s theare work and animation productions are often overlooked, but he was the voice of Marvin in “The Hitchhiker’s Guide to the Galaxy” (2005) and of Blue Caterpillar in the upcoming “Alice Through a Looking Glass” (2016), as well as the cast in numerous theatre productions, such as “Private Lives“, “Anthony and Cleopatra” and “As You Like It“. And, what about Alan Rickman as a director? The most known work of his now is probably “A Little Chaos” (2014), starring Kate Winslet and Matthias Schoenaerts.

Overall, Rickman was just one of those rare examples of an actor, maybe alongside someone like Michael Caine or Ralph Fiennes, who can by the quite power of their voice and the magnetic presence make any scene instantaneously memorable and exciting. Alan Rickman will be deeply missed and never forgotten. 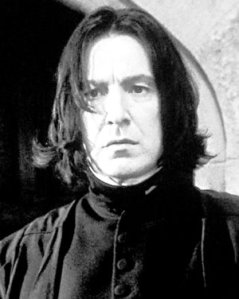