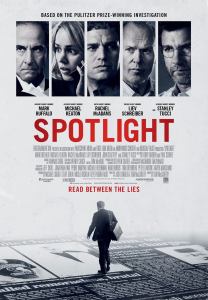 Directed by Tom McCarthy, “Spotlight” is this year’s critically-acclaimed Best Picture Academy Award nominee that deals with a very sensitive topic of exposing a widespread and systematic child sex abuse by Roman-Catholic priests in the area of Boston, US. In the movie, “Spotlight”, the investigative team of the Boston Globe newspaper, becomes in charge of the task of investigating the allegations against a number of priests involved in the scandal. As the team digs deeper, it uncovers more and more horrifying facts of the matter that includes unbelievable cover-ups and world-wide accusations.

One of the most amazing things about “Spotlight” is how expertly it deals with and presents the subject matter: the movie’s flawless narrative grips attention from the start and, through a series of twists and turns, the film finally gains momentum and culminates in an emotionally-charged and satisfying ending. With their relentless attempts to unseal sensitive documentation and expose the wrongdoers, the Spotlight [team] zealously interviews witnesses, desperately searches for long-forgotten newspaper articles, and pesters lawyers and judges. The result is a mesmerising look on how far investigative journalism can go to make a difference in a way we live and view things. The film’s dialogue is, of course, the key here to convey the film’s message, but “Spotlight” [the movie] also relies on the quietly presented sensational nature of the matter and on a sheer quite disbelief of the case that is like a time-bomb waiting to explode. “Spotlight” [the movie] may appear shy and unassuming the way it presents its story, but this only adds to the film’s desire to focus on the search for truth, on the victims’ place in the story, and on the callous nature of the cover-up.

Another great thing about “Spotlight” is, of course, its cast and acting. Featuring Mark Ruffalo, Michael Keaton, Rachel McAdams, John Slattery, Stanley Tucci, Brian d’Arcy James, Liev Schreiber, and Billy Crudup, it cannot get any better. Mark Ruffalo and Rachel McAdams are particularly convincing as the journalists who are prepared to go to that extra length to prove their point and do justice not only to their story, but also to all those who have suffered at the hands of powerful priests. In fact, both McAdams and Ruffalo are nominated for the Academy Awards in the Best Actress/Actor categories. Although Ruffalo is, indeed, good as Mike Rezendes, a Boston Globe reporter, especially in his relentless pursuit of the lawyer attached to the case, arguably, his detective skills were as impressive, but were unjustly overlooked elsewhere. In Jane Campion’s much underrated “In the Cut” (2003), Ruffalo (alongside Meg Ryan) played the detective G. Malloy with such an out-of-his-usual-character zeal, adopting a street-wise accent, it becomes simply mesmerising to watch. Another person who commands attention here is Liev Schreiber as a newly appointed editor-in-chief of the Boston Globe newspaper, Marty Baron. Schreiber’s Marty Baron may seem cool, detached and soft-spoken, but the actor also manages to convey this admirable level of commitment to the cause that inspires his team to seek for that extra evidence needed to bring the case to the worldwide attention.

Although it is too easy to draw parallels with such movies as “Zodiac” (2007) or “All the President’s Men” (1976) that focus specifically on journalists and their zealous hunt for truth, in some very important way, “Spotlight” actually reminds a lot of “Erin Brockovich” (2000). Both films focus on some passionate investigative journalism employed in order to uncover truth that people in power desperately want to remain hidden: in “Spotlight” – in order to deliver some justice for victims of terrible sexual crimes; in “Erin Brockovich” – to fight for justice and help victims of a chemical spillage. But, there are more similarities than initially meet the eye: in both movies, people without legal backgrounds, but with a lot of common sense and compassion pursue the intricate world of criminal/tort law, appeals, briefs, witnesses-interviewing, etc., with a result that makes an important difference to the lives of many.

One of “Spotlight”’s praises (its biographical, true-to-life, documentary-feel quality) is also its major drawback. Staying true to real-life, the movie may appear uneventful, predictable, slow in developments, and devoid of any major drama. At no point the film becomes tedious to watch (as it actually happens in this year’s autobiographical “Concussion” (2015)), but possibly more could have been done to fuel the drama just a little bit more to provoke a more intense response from the audience. “Spotlight” does not so much emphasise the threatening nature of the other side that wants to conceal the priests’ scandalous behaviour, but rather stresses the unbelievable scope and horrendous nature of the allegations.

To conclude, “Spotlight” is a great film, telling an important story and shining great performances. It is a very worthy Academy Awards contender that is as memorable as a movie can be. 9/10 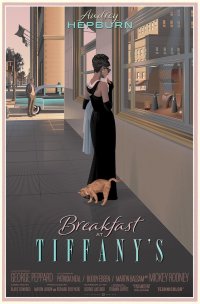