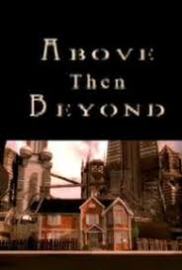 I will first introduce the two animations, then detail the similarities, and, finally, will argue that the French short animation “Above Then Beyond” (2006) and Pixar/Disney produced-animation “Up” (2009) share so many similarities, including shots which are almost identical, that one must have influenced greatly the other, and this is not a question of pure coincidence. Even given the timelines in which the two animations were produced, there is strong case to be made for the French short influencing Disney/Pixar’s final product. Going further, it also seems that, rather than being a mere inspiration, all evidence point to Pixar/Disney covertly using the main idea present in “Above Then Beyond” to fledge out the very essence of their Academy Award-winning film.

“Up” was produced by Pixar/Disney and released in 2009. It tells of an elderly widower Carl Fredricksen whose house faces the prospect of a demolition. However, Carl has other ideas. He manages to get his house airborne using helium balloons, and off he goes, with his new friend Russell, a schoolboy, to realise his and his late wife’s dream of conquering Latin America. “Up” was revered by critics and audiences alike, receiving numerous awards as a result, and was distinguished as the second animation in history to be nominated for an Academy Award in the general category of “Best Picture”.

“Above Then Beyond” is a 2006 short animation produced as part of the studies by a French student Yannick Banchereau (and his team) at the ESRA International Film School in France. In this animation, an elderly lady (seemingly also a widow) struggles with the idea that her beloved house could go through a demolition, and decides to take matters into her own hands: she manages to get her house airborne using a giant cloth and pumping air in her fireplace. With a much realistic finale than that in “Up”, “Above Then Beyond” is still an intelligent and somewhat moving short. You can see the full short here.

Here are the notable similarities between the two films:

Moreover, there are a number of shots which are almost identical in the two films.

Given the sheer number of similarities presented above, including the specific shots and details, any coincidental coming up with the same idea can be safely ruled out. Even if the creators could have developed their general ideas of the films simultaneously, there is still remains the fact that there are identical shots and details, and there is no logical explanation for such similarities.

Then, there is a question whether this is the case of simple inspiration-taking or using the ideas of “Above Then Beyond” to craft the very essence of the Pixar/Disney film. It seems to be the latter option. This is because the idea of a lonely person escaping a demolition and eviction through devising a flying house is just too central to the main premise of “Up”. The first 30 minutes (out of 1 hour and 30 minutes) of “Up”’s running time concern with the doomed house of a lonely person and making it airborne. Then, for the remaining hour, the flying house also features in the film. Although it is true that “Above Then Beyond” does not feature any adventure in South America, the idea of a flying house, arguably, remains the most memorable part of the film upon watching it, and Carl’s flying house features on virtually all posters of “Up”.

The counter-claim here is that there is some evidence to suggest that the writing for “Up” began in 2004, whereas the writing for “Above Then Beyond” began only in 2005. However, there are two “buts” to this claim. Firstly, it is unclear what, if any, concept related to the final product Pixar really had in 2004. This article says that there are very inconsistent stories on this issue coming from Pixar itself, including on the question whether they came up first with the concept of a flying house or with Carl. At one point, Pete Docter, the co-scriptwriter for “Up”, said that, at first (in 2004?) the company only had this idea of “escaping from life when it becomes too irritating”, and a Pixar image dated 2004 shows the character Carl with balloons. This claim is quite far from the finished product, which, in turn, resembles so clearly “Above Then Beyond”. Then, Pete Docter changed his story, and said that the company first came up with the idea of a floating house and then worked “backwards” from this concept. Docter’s earlier contradictory claims make his second statement doubtful. The earliest image from Pixar of a house floating in the air suspended by balloons appeared only 2006, but that is exactly the year of “Above Then Beyond”’s debut.

Secondly, Yannick Banchereau, the creator of “Above Then Beyond”, said that his French film school ESRA had a close partnership with Pixar, and this only points to the idea that Pixar must have seen the finished product of Banchereau at some point (the ESRA must have sent to Pixar Banchereau’s “Above Then Beyond”, or, otherwise, why there are so many similarities in detail and shots between the two animations?).

One other damning thing here is that it is not the first time that Pete Docter (the co-script-writer) was accused of taking other ideas and passing them as his own. His ground-breaking animation “Inside Out” (2015) was compared to The Moodsters and is painfully similar to the French short titled “Cortex Academy”, and there are allegations that “Toy Story” (1995) is far from being original.

To conclude, it is not the point of this article to diminish the brilliance of “Up”, but simply to point out that it is likely that Pixar/Disney must have taken a substantial portion of the insight from “Above Then Beyond” to create the main idea and set-up for “Up”. The number of similarities between the two films just cannot be ignored or be set aside as a mere coincidence. But, even if this is not the case, and by some miraculous intervention the two creators came up with the same idea of a floating house at roughly the same time, the sheer number of similar shots and details in both films could point to only one conclusion and that it is that the creators of “Up” must have seen and used aspects of “Above Then Beyond” before completing their own project.

The image used in the site header is from animation Spirited Away (2001).