“All the world’s a stage, [and] all the men and women [are] merely players”, famously stated William Shakespeare. It appears that this quote is given life in the animation “Millennium Actress”. This anime comes from no other than Satoshi Kon, a director known for such great films as “Perfect Blue” (1998), “Tokyo Godfathers” (2003) and “Paprika” (2006). In this story, a team of documentary-makers interview a once top-star Chiyoko Fujiwara as she tells them about her story, her rise to fame and the personal motivations behind her role-taking. Together with the duo of documentary-makers, we explore Chiyoko’s life through a series of events that hint at both make-believe film scenarios and real stories, but which had a very meaningful impact on Chiyoko and her worldview. The historical settings are either Kyoto in the Edo period, Japan in the World War II, or the country in the 1950s, etc. As in other Kon’s films, reality and fantasy fuse deliciously in “Millennium Actress”. The result is that this beautiful animation becomes an engrossing celebrity story, a touching romantic ballad, a historical account of a country through the ages, and a thought-provoking philosophical study all in one.

END_OF_DOCUMENT_TOKEN_TO_BE_REPLACED 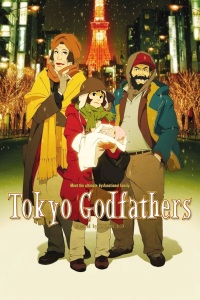 The co-director and scriptwriter of this little gem of an animation is no other than Satoshi Kon, the man who brought to the masses such great animated films as “Perfect Blue” (1997) and “Paprika” (2006), and the story is about three homeless people who discover an abandoned baby-girl amidst the piles of garbage, and decide to embark on an adventure to deliver her back to her parents. The animation may portray harsh realities of living on the streets too realistically for anyone’s taste and may camouflage some other hardships, but the animation is also so fun, well-structured and beautifully-presented, with a touching finale. Moreover, it is so heart-warming, with memorable characters who learn their lessons, it is truly the New Year movie to watch to lift everyone’s spirits.

END_OF_DOCUMENT_TOKEN_TO_BE_REPLACED 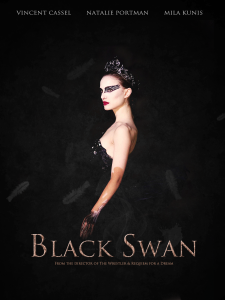 Darren Aronofsky’s 2010 feature “Black Swan” is an Academy Award-nominated film, telling the story of a young ballerina Nina Sayers, whose transformation from a shy ballet dancer to a leading heroine ballerina of Tchaikovsky’s “Swan Lake” production causes a psycho-sexual breakdown. “Perfect Blue” is a 1997 Japanese animated movie based on a novel by Yoshikazu Takeuchi, telling the story of Mima Kirigoe, whose rapid descent from an admired pop-idol into a “tarnished” rookie actress has disastrous consequences.

In this piece, I will compare the two films closely, arguing that the two films share substantial similarities in terms of the plot, character, style, design, execution and the little details, pointing to the conclusion that “Perfect Blue” was – at the very least – the direct and main inspiration for “Black Swan” (and even something much more than that), though Aronofsky himself denied the claim. Going further, the similarities are so striking that it could even be said that Aronofsky essentially re-made “Perfect Blue”, but changed the setting to a ballet, and re-modelled some characters, disguising them as others.