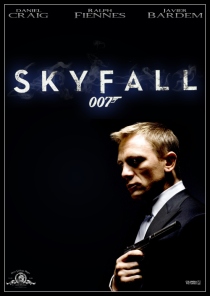 For those who are unfamiliar with Sam Mendes’ work and its quality, ‘Skyfall’ may appear just like another action flick of some average quality, just another James Bond film full of the same old tricks recycled once again. However, this is the film of Sam Mendes, which means that this first impression is false. ‘Skyfall’ is a delightful surprise, which has the potential to exceed everyone’s expectations. The film is intelligent, stylish, funny and very well-acted. It is certainly better than the previous two films in the James Bond series. In this film, James Bond (Daniel Craig), badly wounded on the mission to Turkey and unfit for service, embarks on yet another mission to stop a former ‘00…’ MI6 agent from completing his evil plan.