Rumours have it that “Your Name” now has the distinction to be the highest grossing anime film in history, suppressing the old record set by “Spirited Away” (2001). And, it is no wonder, Makoto Shinkai has crafted something truly unique and memorable. The story of two teenagers swapping bodies randomly at night has everything which any anime could desire to have: a moving long-distance romance, background of an cataclysmic event of cosmic significance and breath-taking visuals, among other things. But, no, in 2017, the Academy simply chose to shut its eyes and pretend this masterpiece does not exist.

Rebecca Hall’s performance in “Christine” was simply staggering it was so good. She gave the performance of her career as a nervous and depressed worker for a TV station in the US, portraying a real life character too, but was ignored for a nomination. One may say that the Best Actress category is always very competitive, but the Academy also has this penchant for favouring films which feature in the Best Picture category in all other categories, and “La La Land” is no exception. Besides, if the Best Picture nominations have been expanded to 10, perhaps, it is time to expand the number of nominations in other categories?

END_OF_DOCUMENT_TOKEN_TO_BE_REPLACED 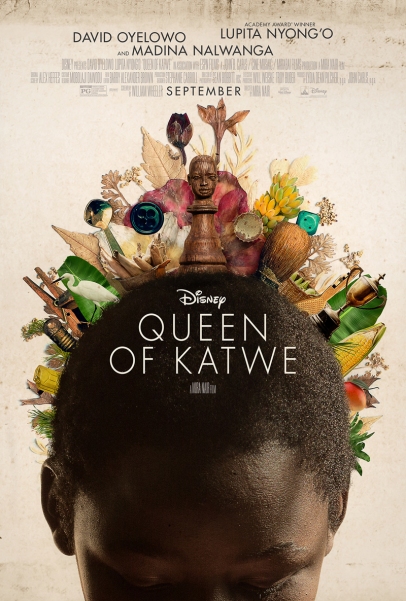 “…in chess, the small one can become the big one…” (from the trailer “Queen of Katwe”).

Story: The movie is the upcoming Disney-produced drama based on the real story of Phiona Mutesi (played by newcomer Madina Nalwanga), a 10-year old Ugandan chess prodigy, who, against all odds, becomes a Woman Candidate Master after the World Chess Olympiads. Brought up in the slums of Katwe, an area in the city of Kampala, Uganda, young Phiona endures a daily routine of trying to survive when she discovers a game named “chess”, which turns her life upside down. Encouraged and supported by her mother (Lupita Nyong’o) and couch (David Oyelowo), Phiona quickly becomes a young chess sensation in her country, participating in international competitions abroad.