Based on the memoir Guantamano Diary (2015), this film tells the true story of Mohamedou Ould Salahi (played by Tahar Rahim), a man from Mauritania who was arrested on heresy some time after the 9/11 terrorist attack and then spent in total 14 years (from 2002 to 2016) in the notorious Guantanamo Bay detention camp in Cuba without charge or trial. Jodie Foster plays his lawyer Nancy Hollander who is determined to see that her client gets a fair trial despite the extremely serious allegations against him, and Benedict Cumberbatch (12 Years a Slave (2013)) plays military prosecutor Stuart Couch who is more than determined to avenge the attack on America, especially since he knows one of its direct victims personally. Despite its slightly uneven narrative, this film by Kevin Macdonald (Touching the Void (2003)) is an intelligent legal drama bolstered by the powerful performances from both Tahar Rahim (A Prophet (2009)) and Jodie Foster (Money Monster (2016)). The film, which undoubtedly will make many people uncomfortable, clearly shows the Guantanamo Bay abuses through the eyes of one innocent and sympathetic man.

END_OF_DOCUMENT_TOKEN_TO_BE_REPLACED

Today (8th of March) is the International Women’s Day, and I think it is perfect time to celebrate female directors and their achievements. Therefore, I am taking this opportunity to present 10 films by 9 great female directors which I previously reviewed on this website. There is a lot of talent when it comes to women directors, and I am glad that this year the following women are receiving their recognition: Regina King (One Night in Miami), Chloé Zhao (Nomadland) and Kelly Reichardt (First Cow). Some of my favourite female directors also include Jane Campion, Claire Denis and Sofia Coppola, and I previously made posts on Maya Deren and Lynne Ramsay (You Were Never Really Here). This year, I am also planning to draw attention to the following female directors on my blog: Penny Marshall, Chinonye Chukwu (Clemency) and Lucile Hadžihalilović (Evolution).

END_OF_DOCUMENT_TOKEN_TO_BE_REPLACED 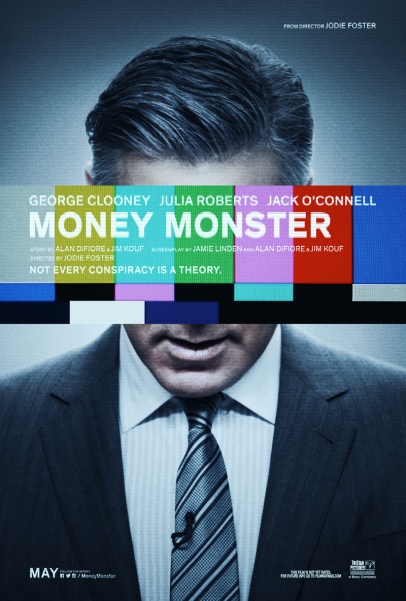 “Money Monster” is Jodie Foster’s latest feature film starring Julia Roberts and George Clooney and centering on TV presenter Lee Gates (George Clooney) who is taken hostage on the set of his financial TV show “Money Monster”. Alongside his TV crew, including producer Patty Fenn (Julia Roberts), Gates’s role becomes to decipher strange demands of a hostage-taker (Jack O’Connell), while keeping his crew alive. However, while the hostage-taking is taking place, the attention rapidly shifts from an individual bad action of upstaging and threatening a TV crew to a more global, fundamental and inherent flaw of a financial services institution.

END_OF_DOCUMENT_TOKEN_TO_BE_REPLACED 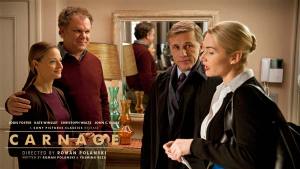 Directed by Roman Polanski and based on a hit play ‘The God of Carnage’ by Yasmina Reza, ‘Carnage’ is a drama-comedy about two couples who gather in an apartment to discuss and settle their sons’ playground brawl. Although the cast is great in this film, and the film has its funny moments, ‘Carnage’ still suffers from some major flaws, and one of them is the inability to capture the precise humour and wit of the theatrical play.

END_OF_DOCUMENT_TOKEN_TO_BE_REPLACED

The image used in the site header is from the animated film A Christmas Carol [2009].